A Con-Lib pact: Marriage of convenience or a match made in Heaven?

Within the next few hours, there is a strong likelihood that David Cameron will announce that he is able to form a government with the support of the Liberal Democrats, providing us with some stability and certainty after what has been a tumultuous few days in Britain politics.

Conservatives such as myself will be delighted to see David Cameron in Number 10 as our new Prime Minister, although we are obviously upset that we were not able to secure a working majority.

The arithmetic certainly works; together the Conservatives and the Liberal Democrats will command 363 seats, representing a comfortable working majority of 37.

However, will the politics work?

The Liberal Democrats are a progressive party that finds itself to the left of Labour on many issues – including critical ones such as immigration and tax. Their position on these two policy areas couldn’t be further from ours, with the LibDems wanting to embrace both illegal immigrants through an amnesty, and higher taxes as part of their plan to redistribute wealth.

On these two issues alone, it is hard to see how the differences in policy could be reconciled sufficiently to allow the parties to work together in government.

But there is an even greater danger – electoral reform. Conservatives have no real appetite for proportional representation (PR) in its many guises, and DC instead favours a reduction in the number of seats to more sensibly reflect the political landscape. Many inner-city areas are divided into several seats in a way that simply doesn’t make sense, and consolidating some of them into a smaller number would go some way to reducing the Labour-bias in the current system and creating a smaller, more efficient parliament.

Nick Clegg will be under enormous pressure from his party to push for PR and if (when!) this is not forthcoming it will lead to disquiet within the Liberal Democrat ranks.

Things will not be easy for DC either; Conservatives will already be smarting from not having secured a majority against the least popular PM in living memory and against a backdrop of economic disaster – this should have been an open goal. The prospect of being in government with the LibDems is not an appealing one – particularly if it hampers the programme of radical changes that we obviously must employ.

The LibDems are against taking immediate action to cut the deficit, whilst at the same time wanting to sustain the highest rate of tax – positions diametrically-opposed to the Conservatives’.

Even if it is possible to sustain some consensus in the short-term, will these odd bedfellows be able to develop a long-term working relationship? 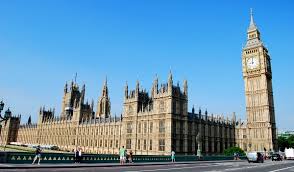 I have enormous faith in our front-bench team, but I greet the creation of a Con-Lib government with some trepidation and I suspect that Labour will be rubbing their hands with glee – they will appoint a new leader, lick their wounds from the opposition benches and regroup waiting for the cracks to appear in the coalition.

One thing is certain – we live in interesting times and Parliament will never be quite the same again!