Congratulations to Prince William & Princess Catherine on their wedding!

Wow! What a day! Never have I felt prouder to be British – or to be Londoner!

Today’s events remind us why the Royal Family is so important to Britain and to the world; more than a million people lined the streets of Central London helping to cap-off what was an incredibly emotional wedding and celebration that unified not just the country, but the world.

Two billion people are estimated to have tuned-in, and Twitter and Facebook reflect the fact that the whole world is watching this wedding with great interest and affection.

The dress was beautiful, and the only thing that nearly stole the show was Princess Catherine’s sister, Pippa, who looked simply stunning in her Maid of Honour outfit – I was breathless for a moment!

The rendition of ‘Jerusalem’ brought a tear to my eye, as did the first kiss of the beautiful couple on the balcony.

Princess Catherine, the new Duchess of Cambridge, has been incredibly composed and poised throughout what must have been an incredibly demanding and tiring day; she is going to make a brilliant princess.

I am incredibly happy for both of them, but also for the nation that has come together once again thanks to a wonderful royal event highlighting the importance of having a first family that exist above politics and our day-to-day lives. 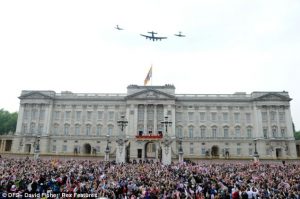 It’s a terrible day for republicans, as so eloquently put by Conservative blogger Tim Montgomerie on Twitter:

I’m not the world’s most emotional person, but even as I write this I can feel quivers of emotion- not just in response to the beautiful wedding, but because of the way in which it has brought together hundreds of millions of people around the world.

The role of the Royal Family as a unifying force has never been more important; at a time when the world is in turmoil and Britain slowly recovers from the economic problems caused by the last recession, the positive impact of today’s events couldn’t be more welcome.

They ended the public part of their wedding in the most amazing way – with Prince William driving his new princess to Clarence House in his father’s pimped-out 1970 Aston Martin Convertible. Only in London!

I send them my congratulations and best wishes for the future – they are an amazing couple and we thank them all for letting us share their special day! 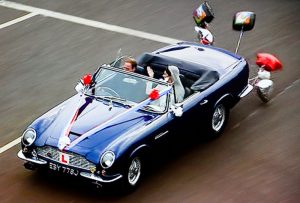