Should we really be involved in the conflict in Libya?

Let me preface this by saying that I am incredibly proud of our Armed Forces, and came very close to joining the Army myself after university. I think that to serve in the military is one of the noblest professions, and I think that there is no greater act of love than to put one’s life at risk to protect others.

The difficulty I have with the conflict in Libya is not based on some principle about warfare, because I’m far from being a pacifist, but it is based on my political and moral concerns about using military intervention in a situation that should not be our primary concern.

Whatever the flaws and disadvantages of Colonel Gaddafi and his regime, Libya is a sovereign state. The people of Libya have the right to self-determination, just in the same way that the people of the various European countries did during the turmoil of the Middle Ages.

Britain, France and Germany all suffered from internal fractures and divisions that led to many wars and battles, but which ultimately led to the creation of strong, independent, successful nations.

In Libya, the international community have decided that the Gaddafi’s regime is ‘bad’ and that any opposition to it must be good; this is a dangerous decision.

There is no doubt that he has been responsible for many serious criminal and unforgiveable acts (not least of which is his involvement in the Lockerbie atrocity), but that doesn’t automatically give us the right to remove him.

There are a series of other factors that must be considered when deciding the merits of our involvement:

Cost
The reality is, Britain cannot afford to be involved in yet another war. The Government is announcing cuts to the Armed Forces at the same time as engaging in another unnecessary war that will have few benefits for the British people.

We are not credibly protecting our interests, but we are potentially creating more enemies of this state which will increase our burden of security and protection here and overseas.

There are many much more pressing matters that our Government should be focusing our resources on.

Legality & Effectiveness
The UN resolution 1973 (2011) specifically states that UN Security Council Member States may enforce a no-fly zone to protect Libyan civilians, but excludes the possibility of an occupation force.

My interpretation of this is that the Allies may prevent the Libyan Air Force from flying and using missiles, but not that we can take out tanks, columns of soldiers or otherwise intervene.

It is clear that already we have gone beyond the provisions of this resolution. Why?

Moving away from the legality of our actions, there is a need to question the effectiveness; what good is the enforcement of a No-Fly Zone when a civil war is taking place below?

The UN resolutions needs to be amended, or it should be considered ineffective in this situation.

Long Term Implications
Yet again, our Government believes that it will be possible to have a ‘short war’ in which we deliver some ordinance, achieve the military objectives and secure our political objectives. That isn’t going to happen.

The danger here is that we will be drawn into a long conflict that will descend into civil war, and out of which there is no easy exit for us.

There is no alternative leader waiting in the wings, there is no credible alternative force, so what exactly do we think will happen when Gaddafi finally goes? 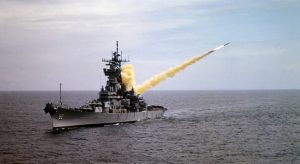 Who are we letting in?
There is no doubt that Gaddafi reigns over one of the world’s most repressive regimes, and that he has fostered terrorism – some of which has been borne out on the streets of London.

However, can we be certain that his opposition will be any better if we help them to seize power?

We have no real knowledge of who they are, what their politics will be and whether or not they will have the ability to manage the country effectively and prevent it from becoming a harbour for terrorists once more.

This is a significant risk; we may be trading the stable rule of an evil dictator for the unstable in-fighting that could see Al Qaeda getting a foothold in a strategically-important country with huge natural resources.

All of this leads to one question; do we really know what we are getting into, and are we making the right decision?

My fear is that we are not; my head tells me that we shouldn’t be in Libya, even if my heart wants to see Gaddafi gone.