The ‘Special Relationship’ is back. Hopefully!

The Conservatives are the natural allies of America – our Atlanticism and Eurosceptism always play well in Washington DC, and Prime Minister Cameron’s compassionate conservatism fits well with President Obama’s focus on individual responsibility and social liberalism. 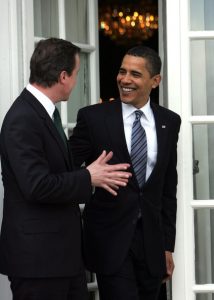 Labour has traditionally had a difficult relationship with the United States, shunning the world’s largest capitalist economy in favour of its socialist-leaning European neighbours, and Prime Minister Blair was the first Labour leader to break the mould, forging a strong relationship with President Bush Jr. 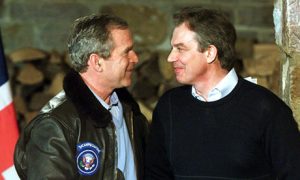 His close relationship with George Bush sometimes led to accusations that Blair was acting like a ‘poodle’, demonstrating unswerving loyalty to his friend.

Ultimately, this created a less than healthy situation where America’s actions did not receive full scrutiny and where Britain had no choice but to follow its cousin ‘shoulder-to-shoulder’, which led us into two poorly-planned wars costing thousands of lives.

Blair’s instincts were, however, correct: America is our most important ally; It is his approach that was flawed.

He attempted to build upon Margaret Thatcher’s impressive legacy in which she created the ‘Special Relationship’ through her uniquely close bond with President Ronald Reagan. 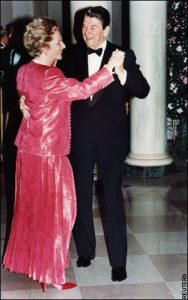 Blair mistook the mutual respect and admiration that Thatcher and Reagan had for each other as simple friendship and affection; his relationship with Bush Jr had a similar level of warmth, but not the depth and true objectivity that defined the Thatcher / Reagan era – and shaped world politics for nearly a decade.

Whereas Thatcher and Reagan were trusted confidantes and peers, the way that George Bush called out “Yo, Blair!” to Tony Blair reflected what was obviously a very different level of understanding.

Gordon Brown, as Prime Minister, was simply unable to build any kind of sensible working relationship with President Obama, New Labour’s totalitarian approach sitting much more comfortably with the neo-conservative Republican approach than with Obama’s democratic one.

It is no surprise that President Obama was so quick to congratulate David Cameron on his becoming Prime Minister; the new Conservative administration under dynamic young leadership is exactly the sort of partner that the President needs in Europe; he was quoted as saying of David Cameron:

“…smart, dedicated new prime minister… is somebody we are going to be able to work with very effectively…”

Hopefully, the Special Relationship is back; that will be good for Britain, good for America and good for the world!